Meet the Board of Directors 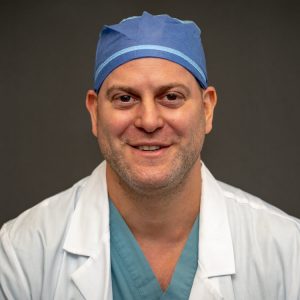 Dr. Ari Baratz has been dedicated to women’s health and reproductive medicine for over 20 years.  He is one of a select few physicians in Canada with the accreditation and the advanced level of training required for the care of people dealing with infertility and recurrent miscarriages.

Upon joining CReATe, Dr. Baratz assumed a faculty position in the Department of Obstetrics & Gynecology, University of Toronto.   Dr. Baratz has played an integral role in the Department of Gynecology at the New Women’s College Hospital, University of Toronto.  He is a leader in Ambulatory Gynecology and Surgical education and has mentored many students, residents, and fellows in reproductive medicine.

Through CReATe, Women’s College Hospital and the University of Toronto, Dr. Baratz continues his research in medical education and several aspects of clinical infertility and reproductive endocrinology.  Focused on providing ‘patient-centred’ fertility care, Dr. Baratz’s clinical interests include providing all forms of assisted reproductive technologies, reproductive endoscopic (minimally invasive) surgery, and Reproductive Telemedicine (Ontario Telemedicine Network).  A compassionate practitioner and dedicated researcher, Dr. Baratz has presented his research at several national and international forums.​  Dr. Baratz has a special interest in all forms of third party reproduction including anonymous and known egg / sperm donation and surrogacy.  He has provided consultations on matters of reproductive medicine for intended parents throughout Ontario, across Canada and internationally.

Dr. Baratz is an active member of the College of Physicians & Surgeons of Ontario, the Royal College of Surgeons of Canada, the Society of Obstetricians & Gynecologists of Canada, the American College of Obstetricians & Gynecologists, the Canadian Fertility & Andrology Society, and the American Society of Reproductive Medicine.   Dr. Baratz has been an Executive Board member for Women’s College Hospital, Medical Staff Association, the Women’s College Hospital Alternate Funding Plan, and Chair for the Ontario Medical Association Reproductive Biology Section. 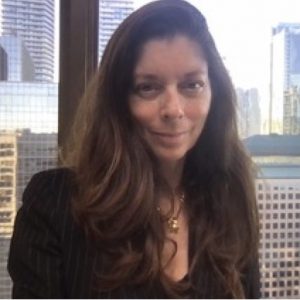 Deborah is the Chief Operating Officer (COO) for ReGen Scientific, prior to that Chief Administrative Officer (CAO) for TRIO Fertility.  For the past 10 years Deborah has dedicated herself to enhancing the fertility world with a strong dedication with TRIO Fertility by helping patients overcome their fertility challenges to the present with the ReGen Scientific, bringing innovative practice, based on the Science of You, that is transforming the way health is measured and care is delivered.  Deborah brings a strong dedication and passion for Patient Excellence and Guiding that Unique Health Journey.

Deborah has been invited as a guest speaker to share her experiences during International medical conferences and as a returning speaker at Desautles Faculty of Management, McGill University and the Schulich School of Business on the subjects of patient relationship management, change management and clinical operations leadership.

Deborah’s credentials are enhanced with a Master of Management from McGill University. She held 3 terms as the Chairperson for the CFAS’s Leadership and Management Special Interest Group. Deborah has an innovative mindset along with a flair that takes healthcare out-of-the-box.  She has a strong influence on facilitating change, collaboration, transformation and people engagement.  She is results-oriented with a commitment to corporate development, social responsibility and patient excellence. 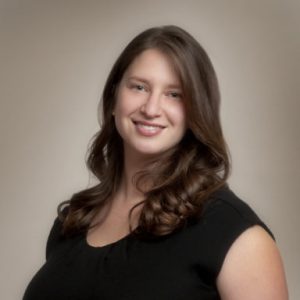 Sara R. Cohen, LL.B. is a fertility law lawyer based in Toronto, with clients throughout Canada and beyond.  Sara is the founder of Fertility Law Canada at D2Law LLP where her entire practice is devoted exclusively to the practice of fertility law. She regularly acts for intended parents, surrogates, donors, cryobanks, hospitals, distributors and fertility clinics on a wide range of fertility law issues.

Sara has recently been named by Canadian Lawyer Magazine as one of the Top 25 Most Influential Lawyers in Canada. She is the co-chair of the Ethics and Law Special Interest Group of Canadian Fertility and Andrology Society, and an adjunct professor of reproductive law at Osgoode Hall Law School. Sara co-chaired Canada’s first national symposium on fertility law in Canada, is one of two international members of the executive council of the Assisted Reproductive Technology Committee of the ABA’s Family Law Section, and is a fellow of the American Academy of Assisted Reproductive Technology Attorneys (AAARTA).

Sara has been published on issues relating to reproductive law in the Canadian Journal of Women and the Law, the Journal of Obstetrics and Gynaecology Canada, Huffington Post, and Lawyers Weekly and a frequent contributor to The Globe and Mail on fertility law issues. She is an in-demand speaker, having lectured at Suffolk University Law School, University of Toronto, Osgoode Hall Law School, McMaster University, AAARTA, Canadian Bar Association, Ontario Bar Association, Law Society of Upper Canada, American Bar Association, and Canadian Fertility and Andrology Society.  She is the winner of the 2013 Precedent Setter Award and a Clawbie Award for her blog about fertility law in Canada. 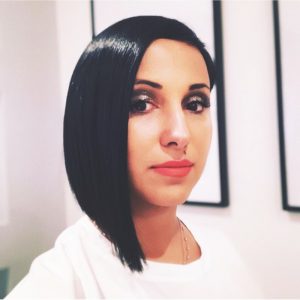 Andia has a Bachelor’s Degree in Industrial Design and a diverse background in management, marketing, sponsorship, corporate & retail events and most recently in project management in HR.  Andia truly enjoys learning and challenging herself in the work that she does and thrives on learning from her teams while sharing her experiences.

Andia & her husband Matt are parents to their little miracle son Marcus who has only changed their lives beyond their wildest imagination.  Andia & Matt struggled with infertility for over 5 years and Marcus was their only ever positive pregnancy, having gone through numerous tests and treatments for fertility related immunity issues and more.  They are forever grateful for the gift they have been given. 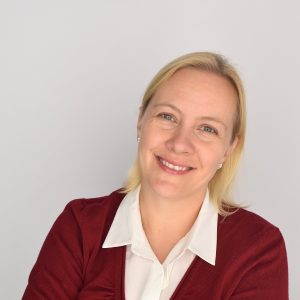 Alexandra Muton advocates for equal access to fertility treatment across Canada. Through her own struggle with infertility, she has seen first-hand how access to fertility clinics and government funding varies between provinces and has experienced the intense financial burden of self-funded treatments.

Alexandra is passionate about removing the stigma associated with infertility and advocates for mental health support for those suffering in private. She and her husband are continuing their fertility treatments using third party reproduction and remain hopeful.

Alexandra is a Chartered Professional Accountant (CPA) and currently resides with her husband in Toronto. Her passion for the cause and prior not-for-profit accounting experience led her to become an elected member of the Board of Directors at Fertility Matters Canada. 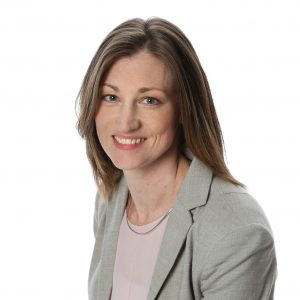 Dr. Paterson is a Reproductive Endocrinology and Infertility (REI) physician at the Regional Fertility Program in Calgary. She has travelled Internationally and across Canada for her education and training. Her REI Royal College fellowship training was  at the University of Toronto, Mount Sinai Hospital.

Dr. Paterson’s clinical and research interests have included embryo donation, weight and fertility and advanced reproductive technology. She has been a guest speaker at national meetings and published her research in several peer-reviewed journals and at national and international conferences.

Dr. Paterson herself was 1 in 6 (#1in6stories), but successfully completed her family with the assistance of her REI colleagues and coworkers.

Dr. Paterson has always felt privileged working with patients in an area of health care that is of such significance to them. She strives to help support patients in her clinical practice and through Fertility Matters, in any way that allows them to continue to be  engaged, motivated and empowered. 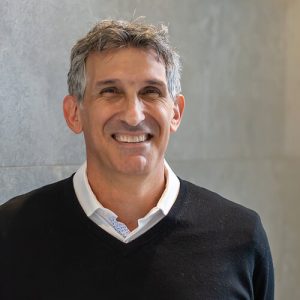 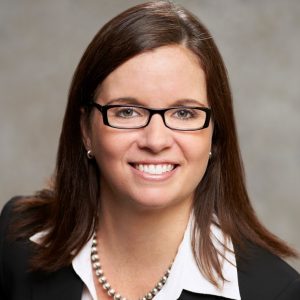 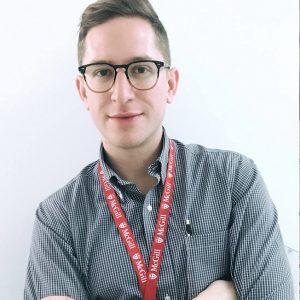 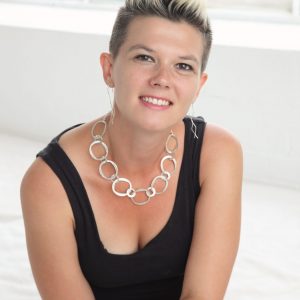 Amanda Spakowski is a Talent Acquisition and Human Resources professional who specializes in equity, diversity and inclusion.  She currently supports businesses in Toronto to develop their inclusion protocol and sits on the Mount Sinai Fertility LGBTQ Care Advisory Committee.  Amanda has worked with start-ups, private practices and corporations in a variety of industries including health care, post-secondary education, retail, finance and sales. She works specifically with each client to develop recommendations, training and strategies that are specific to their workplace and industry.

From 2008-2016, Amanda founded and managed one of Toronto’s most established doula companies. With a specialty in trauma aware care and an educational background in molecular biology, Amanda quickly established herself as an expert in non-clinical support and was invited to speak as an expert for CBC, CTV, Global News, Today’s Parent Magazine, Metro Toronto and other media sources.

Amanda began her work in inclusion through her doula practice, where she collaborated with clients, midwives, doctors and other members of the health care system to increase accessibility of services for families during childbirth and postpartum. She developed an LGBTQ2IA+ inclusion training for her own team of doulas in response to a significant need for accessible prenatal support for clients who weren’t typically represented in the very heteronormative and feminized culture of childbirth. She was then invited to speak on inclusive practices for the Ryerson Midwifery Education Program and Humber College Nursing Program.